December 23, 2009 (Houston, Texas) – Mobil Steel Day was declared by the City of Houston to honor a local steel fabricator’s 40th anniversary during ceremonies recently celebrating the founding of the company in 1969 on South Wayside in Houston. Additionally, federal and state officials issued resolutions recognizing Mobil Steel International, Inc. for its regional economic impact and role in building infrastructure for energy, petrochemical and commercial industries.

Officials from four cities- Houston, Pearland, Pasadena and Jersey Village, state and federal governments were joined by customers, suppliers and all employees of Mobil Steel for the event recognizing Mobil Steel’s 40 years in the steel fabricating business. The company fabricates steel projects for some of the world’s essential industries, including manufacturing, chemical, petroleum, communication, clean fuels, and power utilities, as well as commercial construction.

Houston City Council Member Wanda Adams saluted Mobil Steel for creating jobs in Greater Houston and particularly in District D. Earlier in the day the council member joined fabrication shop members for pictures. “These Mobil Steel employees’ dedication to quality standards and the company’s overall commitment to state of the art equipment help the company meet customers’ needs. We are pleased to have Mobil Steel and its jobs in District D,” she told the crowd before announcing that Mayor Bill White had declared Mobil Steel Day be recognized by the City of Houston.

In addition to creating more than 50 direct jobs in the Houston region, Mobil Steel engages Houston area vendors and suppliers, including small businesses such as HUB, minority-owned and women-owned businesses as vendor partners. Mobil Steel buys steel from local suppliers, engages local plan detailers and steel erectors, as well as galvanizing and painting contractors. Additionally, the company uses local professional services for accounting, banking and insurance and other critical services.

“Our vendors and our Mobil Steel employees are dedicated to providing reliable service, being flexible to meet our customers’ needs and delivering on quality each day,” said Leonard A. Bedell, President and CEO. “These are core values that started with the original founders, Mr. and Mrs. Manhart, and continue today with our current investors, owners, management, employees and vendors.”

Mobil Steel is one of only a handful of Houston area steel fabrication shops to be quality certified by American Institute of Steel Construction (AISC). Mobil Steel also spent money on a new Peddinghaus 9 Spindle Drill during the economic downturn. The new equipment helps keep Mobil Steel more effective and efficient in meeting customers’ needs, according to Bedell. Bedell also noted that Mobil Steel has kept employees fully engaged during these tough times and Mobil Steel has been particularly diligent in following up with customers. “Even when we do not win a bid, we make sure the customer knows that we are willing to do whatever work we can to help them,” Bedell said. “Yes, we have had a few take us up on that promise when the fabricator they went with could not deliver.”

A special tribute was made to the original founders, Dorothey Manhart and her late husband Dale Manhart who founded the company in 1969 with an original workforce of less than twelve that grew to nearly 90 employees in the prime of the oil boom. Eighteen employees who worked for the Manharts remain on the current Mobil Steel team.

Mr. Manhart’s goal was to work for companies in the oil industry. His company fabricated steel and even erected steel for refineries and chemical plants and for engineering and construction companies. Today, Mobil Steel continues that vision by serving many of those early customers, such as then engineering and construction giant Brown and Root now operating as KBR, and expanding to new customers in oil, gas, and energy, including the emerging alternative fuels industry.

“Mobil Steel continues the early values of the Manhart’s,” Bedell said. “Mobil Steel is moving forward on a strong foundation of the values and integrity and dedication of the early days coupled with appropriate changes and modern technology needed in today’s business world.” 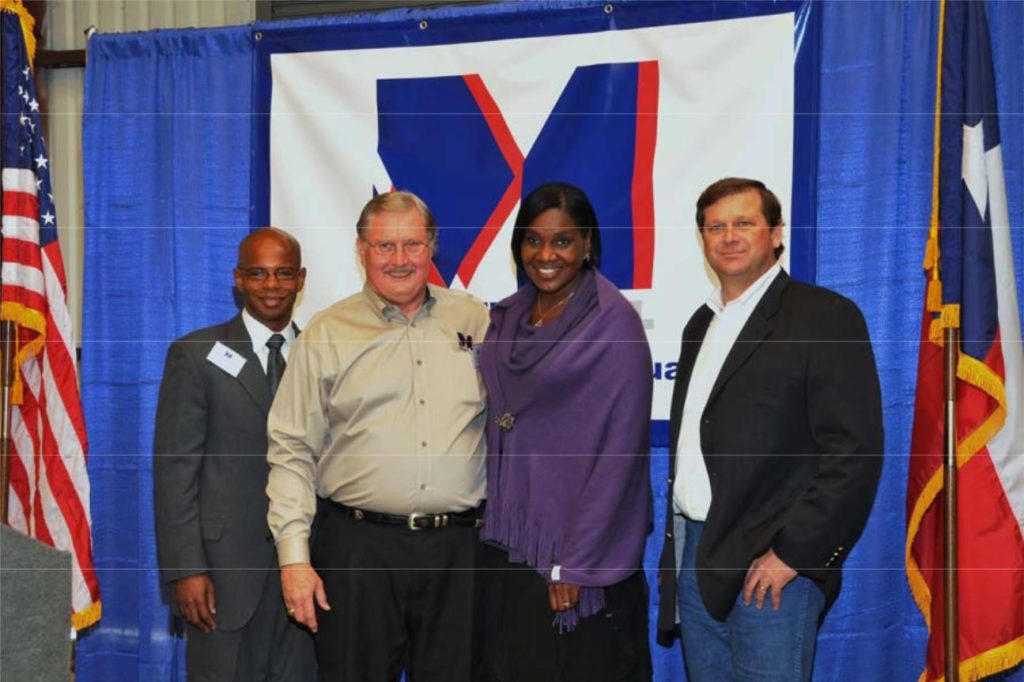 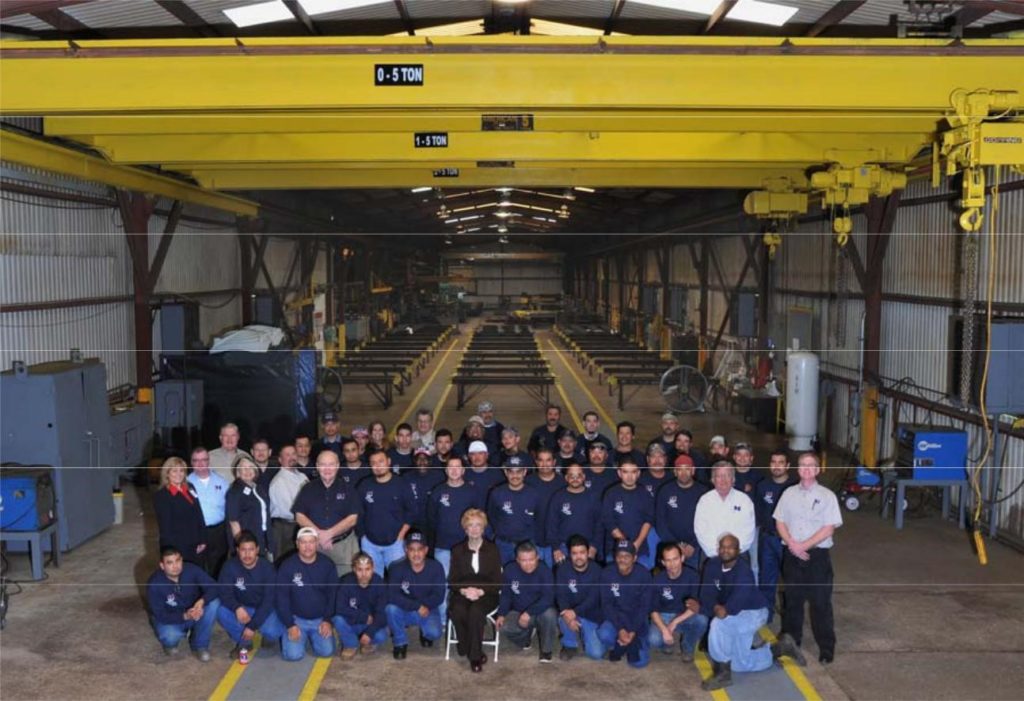 The Mobil Steel International, Inc., employee team pose for a picture with original company founder, Mrs. Dorothey Manhart (seated), during ceremonies recognizing Mobil Steel’s 40 years in the steel fabrication business. Mrs. Manhart with her late husband, Dale, founded the company in 1969 and sold it to the current Mobil Steel ownership team in 2004. Eighteen employees who worked for the Manhart’s continue to work for Mobil Steel.